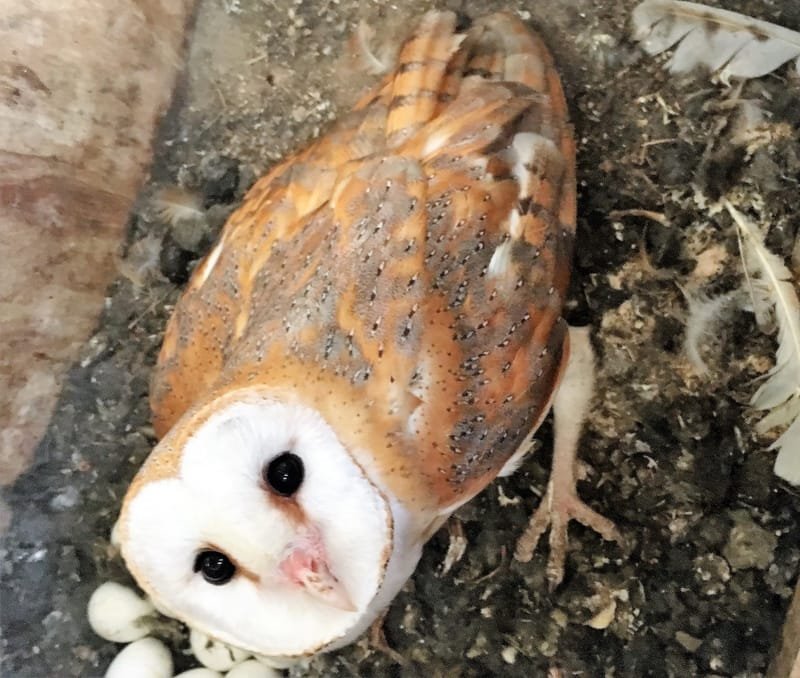 One of the most commendable agricultural projects was to set up barn owl and kestrel nesting boxes as part of a national effort to introduce a natural biological pest control method of rodents in fields and orchards. Farms that provided a safe niche for these invaluable birds of prey have drastically reduced or even eliminated the pesticides they use, benefiting not only migratory birds but also helping to protect the quality of the air, water and food crops which consumers trust to be healthy products.

It has been well documented that chemical agents used to kill targeted species, such as herbicides, pesticides and rodenticides, inevitably hurt and often kill other species through toxic exposure that becomes more potent as it accumulates in the tissues of organisms that are higher up on the food chain. The best option is to minimize the use of chemical control of pests, yet there must be alternative solutions to controlling and eradicating species that are highly destructive to agriculture. Luckily, we do have a harmless solution to the problem, the farmers’ best friends: the barn owl and the common kestrel, birds of prey that significantly reduce rodent populations in agricultural areas.

Barn owls are active at night (nocturnal), and a pair of them and their nestlings consume between two to six thousand rodents annually. In particularly active years, they can breed more than once and can rear up to eleven nestlings at a time. Common Kestrels are small falcons that take over during the day (diurnal), by hunting rodents when the barn owls are asleep. 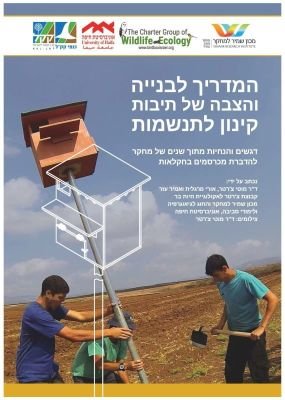 Rodent holes in a field with 1080 rodentcides in an around each hole.

In Israel, an innovative system of controlling destructive rodents has been developed by encouraging barn owls and common kestrels to nest in the agricultural fields where the pests typically consume enormous amounts of valuable crop species. This is done by simply installing and monitoring nesting boxes in ideal locations and at frequent intervals in the fields so as to encourage the raptors to reside, breed and raise families in the fields. When this happens, they naturally diminish the rodent populations by hunting them on a very large scale. Up until now, most nest boxes have been purchased by farmers themselves. Nest boxes are very expensive for farmers to purchase, yet they do so at the cost of approximately $250 each. At this time, there have been about three thousand bird boxes erected in fields throughout Israel, from the north to the south and the east to the west, and the vast majority of them have been financed by the farmers themselves, which is a huge expense.

Adding barn owl nest boxes does not only help the bird tenants of the box and the farmers, but also the hordes of migrating birds which pass over the Syrian-African rift, one of the most heavily-traveled flyways in the world. It is estimated that as many as 500 million birds fly across Israel each spring and fall on their way to and from Africa, Europe and Asia. Many of these migrating birds stop in Israel to rest and recharge their batteries before continuing on their long route between continents. They arrive here exhausted and very hungry, and they are in need of large amounts of food to replenish their lost reserves. Many of these species are vulnerable to primary (direct ingestion) and secondary (indirect exposure) poisoning from pesticides, and conservationists are working hard to protect them from toxic substances that may cause them harm and even death.

Work with farmers in the field
We  advise farmers how to improve the effectiveness of nest boxes for the barn owls. Many farmers add boxes in locations that are less suitable for barn owls. By suggesting better locations we are able to increase the number of barn owls using them and therefore decrease the total population of pests. 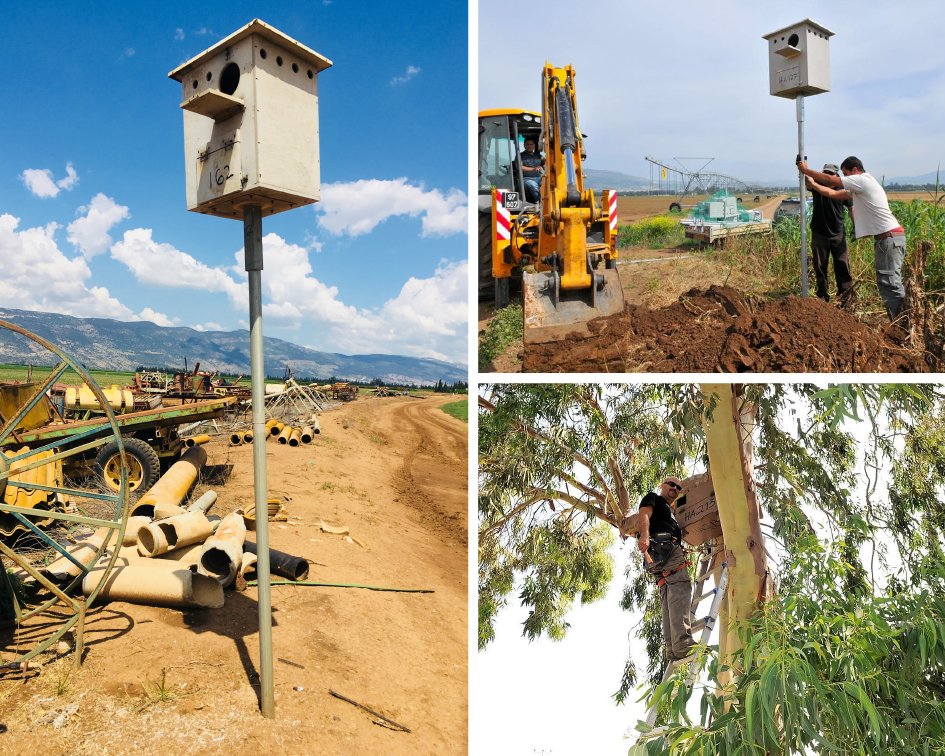 Click here to read: A Review of Research Methods for Barn Owls in Integrated Pest Management 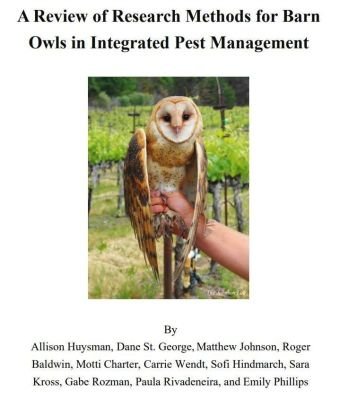 Presentations
We lecture to both young and old from all kinds of backgrounds—kindergartens, schools, farmers, and general audiences—to promote public awareness, conservation and biological pest control.

Click here to read about how you can help.

The ages of growth from 0-60 days old 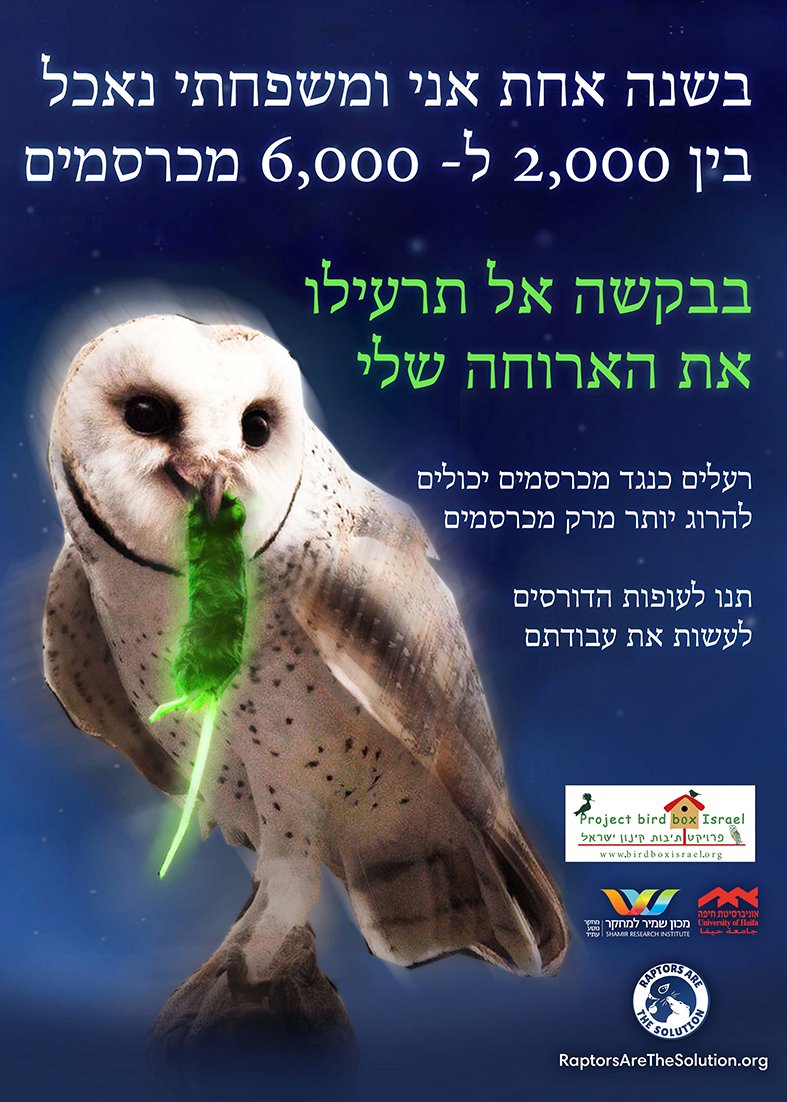